Manchester City remain 10 points clear at the top of the Premier League as Raheem Sterling’s early header was enough to beat Arsenal 1-0 on Sunday, while Jose Mourinho’s Tottenham suffered another damaging defeat at fourth-placed West Ham.

Manchester United and Leicester are City’s closest challengers as United saw off Newcastle 3-1 at Old Trafford and Leicester won 2-1 away to Aston Villa.

An 18th consecutive win in all competitions edged City ever closer to a third league title in four years, even if Pep Guardiola’s men did not hit the heights they have in recent weeks at the Emirates.

Sterling could have scored three times inside the first five minutes, but his soaring leap to nod home Riyad Mahrez’s cross secured all three points as City kept a 10th clean sheet in their last 13 league games.

“The people think it looks easy. This is so difficult,” said Guardiola.

“I didn’t expect this consistency in the past month. Winning in this period these games 1-0 is what we need.”

Arsenal remain in 10th with their best chance of a return to the Champions League next season dependent on success in the Europa League.

Tottenham are just two points better off than their north London rivals in ninth, nine points off the top four after a fifth defeat in their last six league games.

Mourinho’s men were undone by a slow start to each half at the London Stadium and lost 2-1.

Michail Antonio opened the scoring after just five minutes before the rejuvenated Jesse Lingard smashed home the third goal of his loan spell from Manchester United two minutes into the second half.

“The results are the consequences of multiple situations in football. Mine and my coaching staff methods are second to nobody in the world,” said a defiant Mourinho.

“Our potential is higher than where we are so there is frustration.”

Tottenham rallied after Lucas Moura’s powerful header pulled a goal back as the impressive Gareth Bale and Son Heung-min hit the woodwork late on.

But West Ham held on to bolster their unexpected challenge for Champions League football by moving two points ahead of fifth-placed Chelsea.

“We are enjoying it but are also not going to be daft,” said Hammers boss David Moyes, who enjoyed his first win over Mourinho in 16 attempts. “We will keep calm and hopefully keep pushing the teams at the top.”

Manchester United opened up six-point cushion over Chelsea as they deepened Newcastle’s fears of being dragged into the bottom three.

Marcus Rashford’s thunderous near post strike opened the scoring, but was quickly cancelled out by Allan Saint-Maximin in a spirited first-half performance by the visitors.

However, Daniel James’s powerful drive restored United’s lead before Bruno Fernandes stroked home a penalty for his 22nd goal of the season.

The Foxes are determined not to make the same mistakes of last season when they let a huge lead over Manchester United and Chelsea slip away and missed out on Champions League football on the final day of the campaign.

“This season everything is much calmer, knowing that you’ve got to keep going and you can’t get excited too early.”

James Maddison and Harvey Barnes struck inside the first 23 minutes as Leicester punished a Villa side badly missing the presence of injured captain Jack Grealish.

Villa were handed a lifeline three minutes into the second half when Bertrand Traore swept home Matt Targett’s cross, but lacked the creative spark for which they rely on Grealish to find an equaliser. 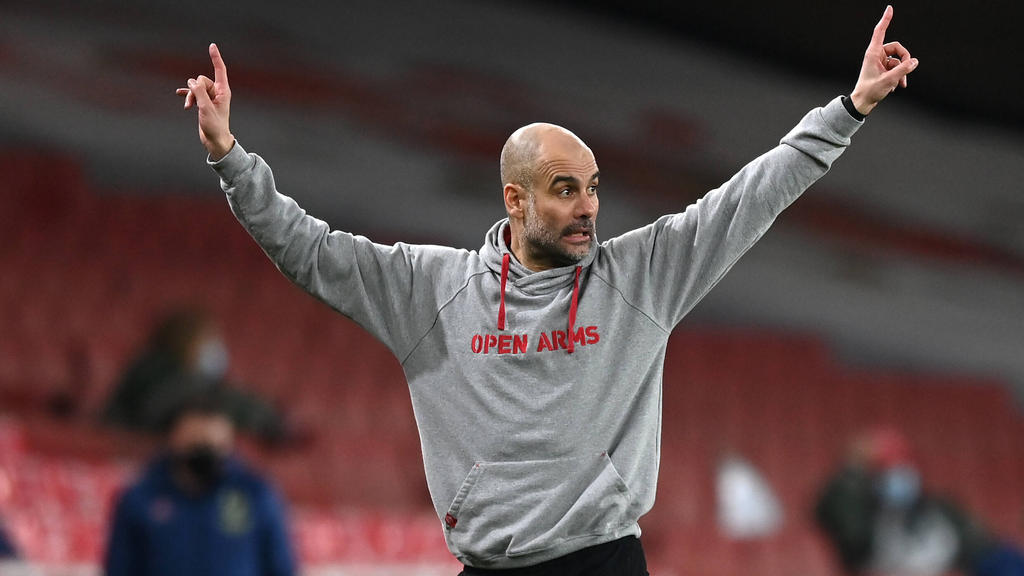 Man City title would have ‘more sugar’ for Fernandinho